For my main series “Totalitarian football” I’m going to be managing the made up club CSKA Aransk in the made up post-Soviet totalitarian Communist nation of Bordavia. I have covered the creation process in a series called “Creating Club and Country”:

The idea from the beginning was for CSKA Aransk to get invited into the Russian league system, where most of the adventure would take place. I was going to create a Bordavian league, but only the top tier, as a backdrop. However, after a literal hurricane of interest in getting involved in this adventure the idea took a turn into something completely different. Over 60 people have reached out and contributed with ideas for towns and clubs and stories. Bordavia has turned into a mystic but rather grim nation, full of quirks, stories and lore. I fell in love with both the commitment shown by you and the nation of Bordavia, which has lead to the creation process of an entire Bordavian database. This has been a real team effort, which I have enjoyed massively, but it has also meant that I haven’t had much time to write blog posts or record YT videos. Therefore I thought I’d kill two birds with one stone, by sharing stories from the nation of Bordavia up until the db release around Christmas.

If you want to read the other stories you can find them here.

Today’s story comes from Kahuna Gaming and tells the story of the University town of Kahuna! Kahuna Gaming has a great YouTube channel with lots of great content. At the moment the channel is on a slight break waiting for computer parts, but we all look forward to new content!

The town of Kahuna

Kahuna is traditionally a coal mining town in the mountain range of the north of Bordavia but is now more known as the home of the best university in all of Bordavia.
Kahuna University didn’t start as a high esteem educational building though. It was traditionally a school setup to train engineers for the nearby coal mines in the mountains near Kahuna. Сломался (Broke back) Mountain with a height of 7845m is Bordavia’s Highest Mountain, only a select few people have conquered the mountain, not due to lack of interest in trying it but its not permitted by the Bordavian Government as they do not want unsanctioned people gaining some fame and acclaim.

The University itself lies in the actual mountain range, and has huge government funding and recently got a massive increase in it’s sports department. One of the main benefactors of this funding was the university’s football team, with the college now having state of the art facilities in all departments. (20 in all).
Kahuna University FC play at the General Ivan Stadium, named after the leader of the country due to the funding supplied. The team are known for the quality of the young players they produce as of December 2020 are a amateur club, but with the government funding continuing for another 10years, there is aspirations of the club eventually becoming a full time pro club. In terms of the aforementioned funding, the club receive 3M Euro per season from the government totaling 30M over the 10 years. Below is a picture of the General Ivan Stadium. 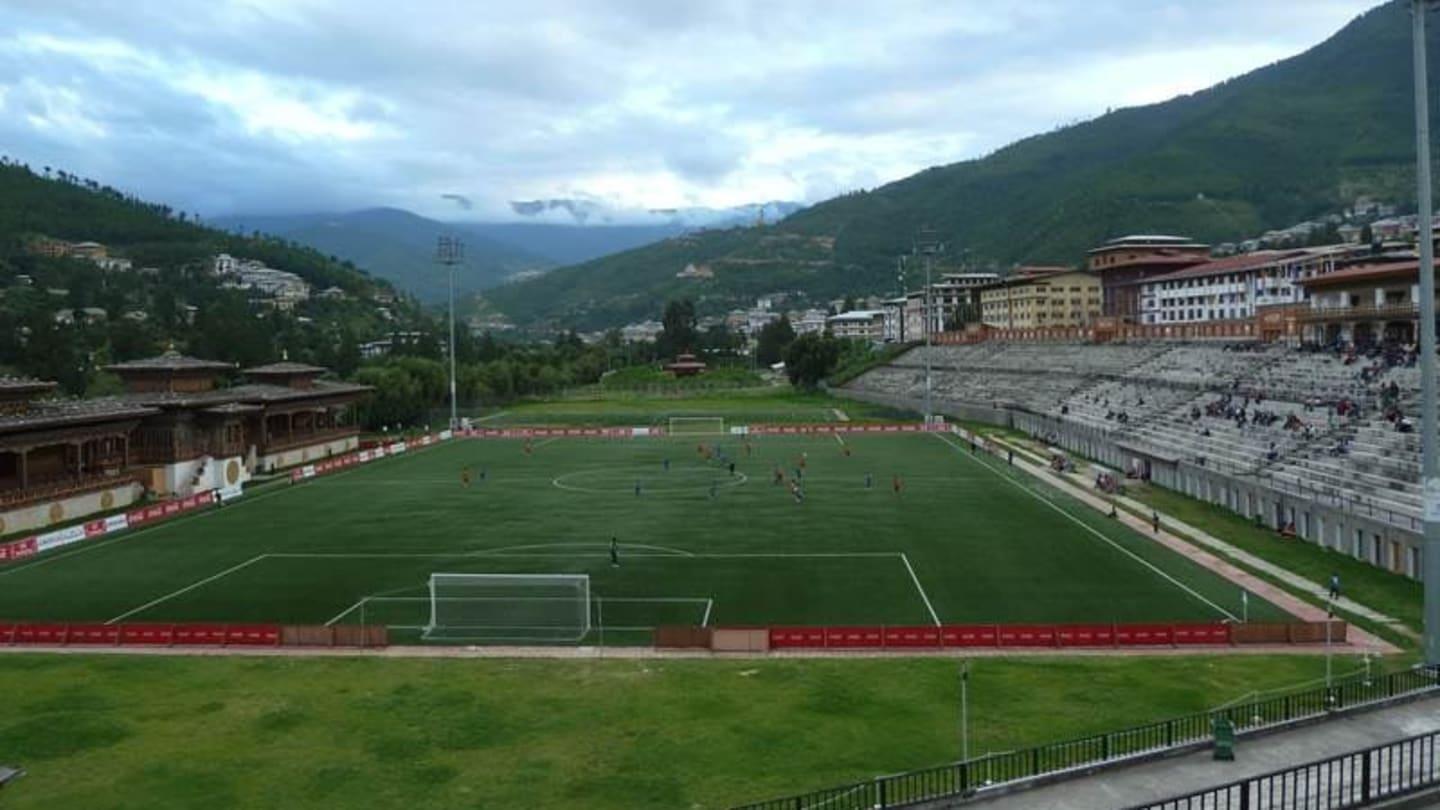 Kahuna has a normal full time population of 17,580 people but that nearly double during the school year due to students coming here from all over Bordavia. Generally the football team’s matches attract between 1500 and 2000 students cheering the team on. Another big form of income with the team is the home jersey being based off Palermo in Italy and is all pink. The teams second jersey is blue and black to go with the clubs badge.

This was the eighth “Tale from Bordavia” and I’d like to thank Kahuna Gaming for his great contribution. There will be a new one every day leading up to Christmas. I hope you’ll enjoy these little stories and that they will spark an interest large enough to follow my main series “Totalitarian Football” and maybe even try the database when it comes out!?

I stream my “Building Bordavia” creation process on Twitch on Tuesdays, Thursdays and Saturdays. Come hang out and say hi!

View all posts by MikaelinhoFM